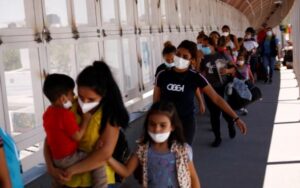 As the Biden CDC recommends mask mandates for all Americans, again, even for vaccinated folks, because of a supposed spike in CV infections, over 1.1 million illegal aliens have been knowingly allowed into U.S. through the southern border many of whom have been identified with CV19. In Las Vegas, according to the Nevada Hospital Association, ICU’s for CV are up 100% from three months ago.

According to Texas Gov. Abbott:

After Gov. Abbott’s open letter to the Biden DOJ this week, 360 News Las Vegas did some digging. According to law enforcement sources, the Biden administration unlawfully transported some 8,000 illegal aliens from the border into Las Vegas, Nevada from May thru July, 2021. Many of the migrants had CV19 and were still allowed to be transported into Las Vegas. None of whom were vaccinated.

None of the local Democrat members of Congress have responded to our calls for comments. Las Vegas’s Congressional representatives, including Susie Lee and Steve Horsford refuse to condemn Biden’s flagrant breach of U.S. Federal immigration laws. 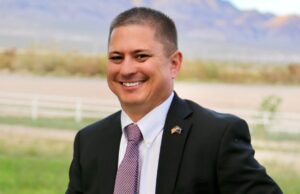 Air Force Veteran, Candidate for CD4 Sam Peters told 360 News “The Biden administration is complicit in the invasion of America by illegal immigrants and they are purposely putting American lives and livelihoods in danger. Moreover, Congressman Horsford has said he believes illegal immigration is the civil rights issue of our generation, not only is he wrong but he clearly supports this destruction of our beloved country and thumbs his nose at public safety and federal law. Close the border, deport ALL illegals, and start focusing on America First!”