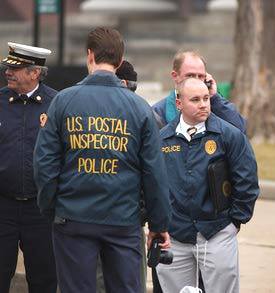 Stephen Silberkraus, Republican Nevada Assemblyman representing District 29, covering Green Valley and downtown Henderson, is the possible focus of an investigation of mail theft of his opponent’s 14,000 mailers according to sources. Amy Grove’s 14,000 mailers disappeared after they were paid for and delivered to the local post office over a month ago.  However, Mr. Silberkraus’s thousand of mailers went out from the same post office location without any problems according to local residents flooded with mailers from the Assemblyman. Amy Groves, who is running against Mr. Silberkraus for the second time, claims all of her mailers disappeared after they were dropped off at the local post office and has filed a formal federal criminal complaint. Mail theft is a federal offense investigated by the U.S. Postal Inspection Service. According to Groves’ report, 14,000 customers had their mail stolen, each is a federal crime under United States Code 18 Section 1708, punishable by up to five years in federal prison and fines of up to $250,000 for each theft.