STEVE WYNN IS THE SPEAKER TONIGHT AT THE NV GOP DINNER

STEVE WYNN IS THE SPEAKER TONIGHT AT THE NV GOP DINNER 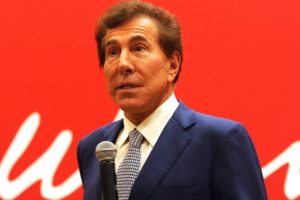 NV GOP Chairman, Michal McDonald is up for reelection tomorrow. McDonald has tied his political fortunes here in Nevada to President Trump. So with most of the State Party Leadership still being Never Trumpers, and most of the base voters ardent Trump backers, he must please diverse interest groups and coalitions. No challengers have emerged interested in his job so far.

It will be interesting to see who shows up this weekend. Last year, almost all the NV GOP leadership skipped the annual central committee meeting, including Gov. Sandoval and Michael Roberson. But there’s an effort a foot to put humpy dumpty back together again.