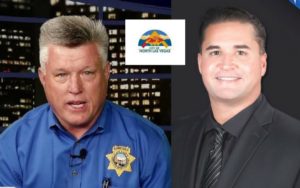 The campaign for North Las Vegas Constable just turned really ugly this week. The current Constable, Robert Eliason, is running for re-election against Deputy Constable Jimmy Vega. According to campaign sources, Eliason‘s campaign filed an ethics complaint against Jimmy Vega with the Nevada Secretary of State and the Nevada Attorney General’s office on August 21, 2018.

Eliason is accusing Vega of violating election laws by not living in the city of North Las Vegas 30 days prior to filing for office. Former Clark County Commissioner Tom Collins filed the complaint. 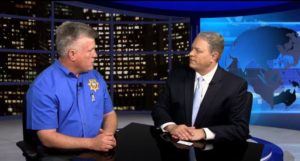 According to Vega’s official campaign filing, Vega lives at 1368 Journey Way North Las Vegas, NV. Vega told 360 that he has lived at the subject property as required by law and has a lease to back it up. 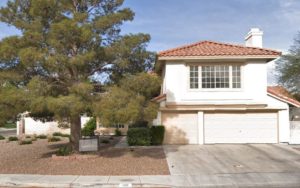 This week, 360 reached out to Vega’s primary election campaign manager, Kassee Bulen, who Eliason’s campaign said could be a key witness for them. When Bulen was pressed by 360 about Vega’s living situation, Bulen claimed she knows nothing and was only a volunteer. Eliason’s campaign source responded to Bulen’s statements saying “Bulen’s willingness to “allegedly” lie on the record about her position on the Vega campaign calls her credibility in question and makes us ask, is she covering for Vega.” 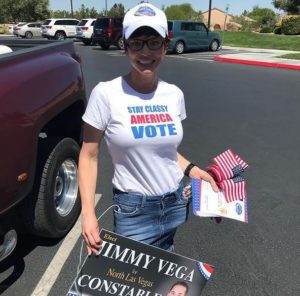 But according to Eliason’s campaign, besides Bulen, they don’t have any other witnesses to confirm or deny whether Vega lived at the Journey address. But they are looking for additional witnesses.

Vega responded saying “this is just a desperate attempt to shift the public’s attention away from the fact that Eliason failed out of the police academy on day one and is not qualified to hold office under Nevada state law.” 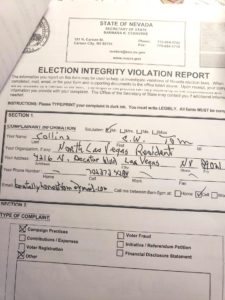 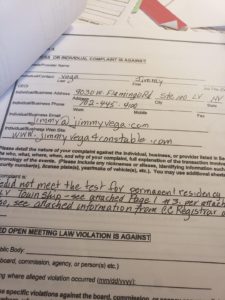 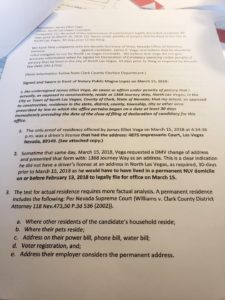