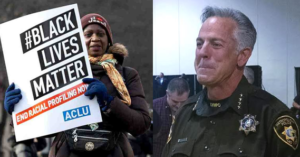 Most cops hate the ACLU because of their anti-cop lawsuits and constant accusations of police misconduct and abuse of force, but not Sheriff Lombardo. Lombardo likes the ACLU so much so that he donated money to them just this last year. And the ACLU is using donations from people like Lombardo to fund their support for A.B. 237, a bill in the Nevada State legislature to end capital punishment, including defending cop killers from death row. The ACLU has been a huge supporter/defender of the Black Lives Matter movement in the country as well.

He also donated $1,000 to the LVPMSA, a police union representing Metro Police leadership who in turn endorsed and donated money to Catherine Cortez Masto’s US Senate campaign.

But strangely Lombardo didn’t donate any money to local or national pro-police groups other than $205 he donated to the Friends of Metro Police in 2016. Nor did Lombardo support any conservative law and order politicians or groups over the last 3 years according to this reports. 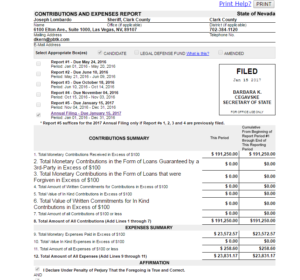