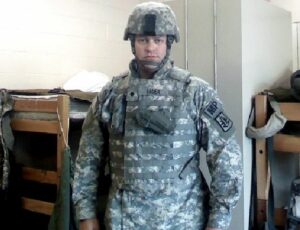 In 2005, in the middle of the Iraq war, Rob Lauer voluntarily joined the U.S. Army. Rob Lauer attended Basic Training at Fort Leonard Wood in the Summer of 2005. Rob went on to graduate from the U.S. Army Military Police School in November 2006. With orders to go to Iraq in January 2008, he left for MOP training at Fort Dix New Jersey, where he suffered a spinal injury and under went spine surgery in May 2008. In 2009 Specialist Rob Lauer was assigned to protect the Port of Chicago near San Fransisco. Rob Lauer official was honorably discharged from the U.S. Army in March 2011.

Rob Lauer is now a political reporter and a business man in Las Vegas Nevada.