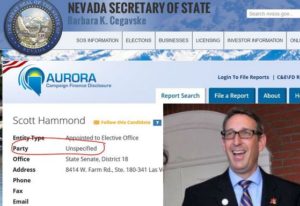 How elected officials list their party identity on their official campaign reports signals to lobbyists and donors their true intentions. So it was shocking to see Republican Nevada State Senator Scott Hammond now listing himself on his Contribution report not as a Republican but as “unspecified”.

And Hammond’s signalling worked. Hammond received tons of cash from liberal organizations like the MGM, (Harry Reid is on their board). In addition, Hammond received more cash from out of state Big pharma than any other elected official over the past few years.

It also may explain why Hammond consistently supports raising taxes and other liberal policies like driver’s licenses for illegal aliens. In the 2019 Nevada Legislative session Hammond supported raising the minimum wage, a new government bureaucracy called the office of new Americans and raising the diesel fuel tax. 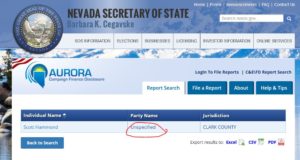 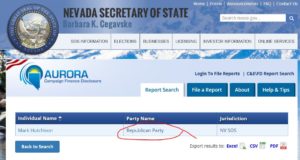