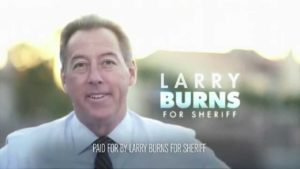 Today is the start of the annual Freedom Fest held at the Paris Hotel. And today our very own Retired Metro Police Commander Larry Burns is a speaker starting at 4:45pm. Burns ran and lost to Sheriff Joe Lombardo in 2014. He is also the leading candidate to become the next Henderson police Chief according to sources.

Larry Burns is a 28-year veteran of the Las Vegas Metropolitan Police Department and retired after serving as the Bolden Area Commander. He worked various patrol assignments, the Gang Intelligence Unit, SWAT, the Academy Staff, and Criminal Intelligence Section. Larry has the distinction of being the longest serving SWAT Commander in Las Vegas. He is a highly decorated officer and a recipient of many professional citations and awards. His professional passion is developing strong ties between communities and their police departments. Larry has lived in southern Nevada for 37 years and is the father of 8 children.