Republicans, Don’t Get The Roberson Rash: By George Harris

Republicans, Don’t Get The Roberson Rash 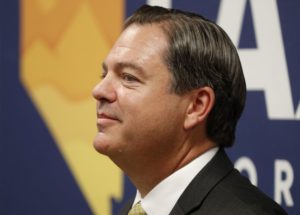 As published in Liberty Watch

Some of my Republican friends tell me they will be “holding their noses” and voting for Michael Roberson for Lt. Governor. Why on earth would any Republican support Roberson, who as a state senator, shepherded the largest tax increase in the history of Nevada through the State Senate during the 2015 legislative session?
Call him Tax Hike Mike, call him Judas, call him Benedict Arnold, call him anything but Lt. Governor, please. Remember, he claimed the $1.5 billion tax increase was for education. In fact, only 40 percent of the tax increase went for education.
The tax is what’s keeping Tesla and con man Elon Musk in business. Ostensibly a car company, Musk’s operation lives on the backs of other Nevada businesses that actually pay Roberson’s commerce tax. The Reno Gazette Journal just reported Tesla and battery maker Panasonic qualify “for $23.3 million in transferable tax credits on the quarter and increases the total amount of qualified credits so far to $167 million.
The key word is “transferable.” Since the Musk machine doesn’t make income they sell the tax credits to keep their con game afloat, courtesy of “Tax Hike” Mike Roberson. Moody’s Investors Service downgraded Tesla’s credit rating to B3, from B2, deep in junk territory six levels below investment grade. The company’s cash burn is $1 billion a quarter.
Nevada Democrats have tried to pass a commerce tax or equivalent for years and couldn’t get it done. As one Democratic senator said after Roberson rammed the commerce tax through, “If I’d have known it took a Republican to get this tax passed, I’d have supported Republicans a long time ago.”
You may think Roberson can do no harm as Lt. Governor, because, well, it’s what the mob calls a “no-show” job. However, if allowed to hold this office, Roberson will be a wolf in sheep’s clothing, caucusing with Republicans, then crossing the isle to stab them (and taxpayers) in the back.
In Question 3’s “battle of the billionaires” Roberson is siding with the big casinos who supported the commerce tax and have lots of energy options. Las Vegas Sands is bankrolling ‘yes” on Question 3 to the tune of $10 million. LVS is Roberson’s largest donor at $55,000 and is the primary funder of Roberson sidekick gubernatorial candidate, Adam Laxalt.
“Supporters of a break from NV Energy comprise of some heavy hitters in Nevada industry, who claim that they can get a better deal in the open market while also getting more diverse options for renewable energy,” reports the Reno Gazette Journal. “These include hotel-casinos such as Las Vegas Sands Corp., Wynn Resorts, MGM Resorts and Peppermill Casinos, Inc., as well as high-profile technology companies like Switch and Tesla Motors.”
Roberson always sides with the heavy hitters. When he was Senate majority leader Roberson refused to allow for a vote that would fund Educational Spending Accounts (ESA,) during the 2016 special session. However, in that same special session, Roberson voted “yea” to $750 million in taxpayer money to be spent on Raiders Stadium. With tickets priced from $25,000 to $75,000 Roberson’s vote helped ensure millionaires will watch multi-millionaires play football for the benefit of soon to be billionaire, Raiders team owner, Marc Davis.
Roberson killed a bill that would allow adult students to use their lawfully obtained concealed carry permits on college campuses. When honest, law-abiding people are stripped of their constitutional right, they can’t protect themselves.
Senator Roberson pushed through SB303, which gave illegal aliens the ability to obtain a Nevada driver’s license. By definition, the term “illegal” means you’re breaking the law. Roberson is an attorney, an officer of the court, yet he sanctions illegal activity? 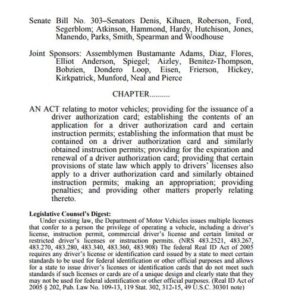 Dear fellow Republicans, do Roberson’s actions sound like any sort of Republican to you? If you reward bad behavior, we all will live the with the bad policies. Roberson has inflicted enough carnage on the state. Don’t let him do any more. 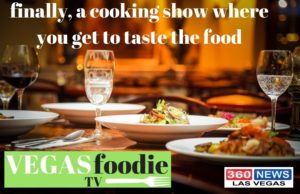