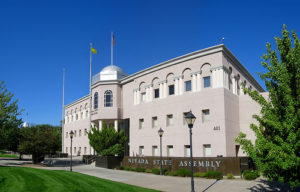 Anti Tax Republicans running in Republican Assembly primary races won more total votes statewide than incumbents who supported Gov. Sandoval’s $1.5 Billion tax increase did. Even though incumbents outspent challengers, in some case 4 to one, they still lost the election based on total votes cast. And Speaker Hambrick and Majority Leader Anderson currently do not have the votes in the Republican caucus to win reelection to their leadership posts in the Assembly as of today.

The Republican Establishment also lost several elections by huge margins even after spending 3 to one against challengers, as the was the case in Jim Marchant’s district.

Gov. Sandoval was the big loser of Tuesday’s Primary after he personally campaigned for the pro tax Republican Establishment incumbents.

Clearly the voters spoke and the majority of Republican voters rejected the $1.5 Billion tax increase this election. The question is did Gov. Sandoval and pro tax incumbents hear the voters?