OP-ED: WHY I’M A REPUBLICAN

OP-ED: WHY I’M A REPUBLICAN 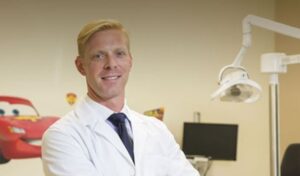 Have you ever been asked “why are you a Republican?”  Did you have difficulty articulating the reason for your affiliation?  Maybe you answered something like “Democrats are Socialists” or “I believe in limited government…”  If you did not have a bedrock answer for why you vote Republican, that’s okay, neither did I until I read the Republican Platform of 1856.  Stay with me….

In 1854 the Republican Party was explicitly formed to stop the western expansion of slavery into the Territories. The recently passed Kansas-Nebraska Act removed the prohibition on slavery into the territories.  Both pro-slavery and anti-slavery sympathizers flooded Kansas to influence whether Kansas would be admitted into the union as a free state or slave state.

After years of violence, fraudulent elections, voter intimidation, and attacks on the press by “Border Ruffians”, the Republican Party drafted a Platform in 1856. This platform enshrined the values that would define the Republican Party and still apply to this day. That document revisits the founding principles of our country, and like the Declaration of Independence indicts those who violated Fundamental Rights. The 1856 Platform states:

I am a Republican, because today, I agree with everything the 1856 platform declared.  While personalities have come and gone within the party, the core values of Life, Liberty, the pursuit of happiness, justice and equal protection under the law, freedom of speech and religion, the right to keep and bear arms remain the bedrock of the Republican Party. We should be proud to be Republicans because we were the moral compass of this county and will continue to be the moral compass of this county if we adhere to the 1856 Republican Platform.

Below is a link to the platform.

“Most Conservatives live in the space between Tim Pawlenty and the Proud Boys… it’s time to organize that space”  -Dr. Steven Delisle DDS, JD