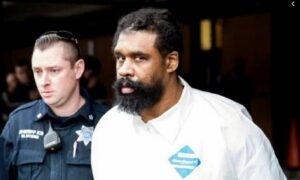 Ramapo, New York, a 37 year man plead not guilty to attempted murder of 5 Jewish Americans at a Hanukkah celebration inside a private home in a New York suburb. Not one person in the house had a firearm to stop the knife wielding maniac who successfully escaped and drove away. Only with the help of cameras on the George Washington Bridge, were police able to stop and arrest the blood soak man.

IN Texas yesterday, a man attempted a mass shooting in a church and was killed within 3 seconds of launching his gun attack. And another 10 folks pulled out their conceal firearms immediately as well. The comparison is so obvious that the MSM blacked out the Texas spokes person’s pro gun comments following the Church attack. If just one person had a firearm in the New York home, the knife wielding man would have been stopped instantly.

About 80% of Jewish Americans vote Democrat even though elected Democrats oppose Israel’s security and support anti-Semites like Rep. Ilhan Omar, who literally said nothing following the multiple attacks in New York over the weekend. New York’s Anti-Gun laws are so extreme that they arrest folks regularly who use a firearm to defend themselves. So why do so many Jewish Americans still support Democrats and not Pres. Trump who has been the most Pro-Israel President in modern times? Pres. Trump’s daughter, Ivanka, converted, after marrying a Jewish man.

BTW, the other 20% of Jewish Americans are some of Pres. Trump’s strongest supporters, like Sheldon Adelson, Mark Levin and Wayne Allen Root. But for many “Reformed Jews” their religion is more a part of their social and professional life than spiritual life. They may attend temple on high holidays but they don’t practice regularly. And for many of those reformed Jews, being a liberal Democrat means acceptance into their social circles as well.

Many Jewish Americans I know have told me over the years they were frightened by Republicans embarrassing Conservative Christians like Jerry Falwell. And frankly they have a good point. Falwell swung as many votes away from the Republican Party as he swung towards it. His brash style turned off a lot of voters, Jews and Christians alike. So the Republican Party certainly has done its part to drive Jews away over the years. But today the tables are turned with Democrats openly supporting Radical Muslims like Rep. Omar while Pres. Trump moved the U.S. embassy to Jerusalem and just signed an executive order refusing to provide federal funding to any University that continues to allow antisemitism on campus.

So will New York Jewish Liberals continue to vote for anti-gun lawmakers, even after the attacks this weekend clearly showed what worked in Texas and what failed in gun free New York?