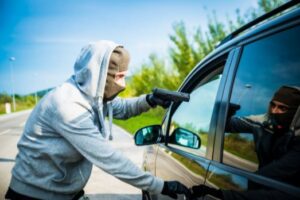 In 2019, the Democrat controlled legislature and NV Governor Sisolak signed a new background check law requiring private party purchases to process their transaction through a Nevada Licensed gun store. The process includes obtaining a background check from the State of Nevada, Department of Public Safety.

According to Nevada Revised Statute: ATTEMPT TO OWN/POSSES A GUN BY PROHIBIT PERSON IS A FELONY NRS 202.360.1. Even the attempt by a convicted felon to purchase a firearm from a gun store is a violation of state and federal laws, according to criminal defense and firearms lawyer Don Greene. The State of Nevada, Department of Public Safety conducts background checks for every firearm purchased or attempted purchase through a gun store in the State of Nevada.

In Nevada, when a person walks into a gun store and attempts to purchase a firearm, the Federal Firearms Licensed Dealer (FFL) requires the purchaser to fill out an Alcohol, Tobacco, and Firearms (ATF) form #4473. The FFL then calls the Nevada Department of Public Safety Firearms background check (records) division who either approves or denies the purchase after running a detailed background check.

But when convicted felons attempted to purchase firearms from gun stores, according to the Department of Public Safety, there was zero follow-up and zero referrals to local and or state law enforcement agencies to arrest the convicted felons. But even without such referrals, the information is readily available to every law enforcement agency, including the Nevada Attorney General’s Office.

County District Attorneys across the state have charged felons with illegal possession of a firearm, but not attempting to purchase one. It’s a pretty easy slam dunk criminal case, considering they have the felon’s own hand-written application with his/her signature on it.