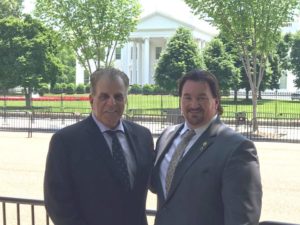 According to the Nevada Secretary of State’s Active Voter Registration Report for June 2017, the Nevada State GOP lost 10,322 active registered voters in the first six months of 2017. NV GOP Chairman Michael McDonald has led the State GOP through huge ups and huge downs over the past 4 years. McDonald led the Nevada GOP through an internal party civil war last year that saw the NV GOP’s majorities in the State Assembly and State Senate get wiped out.

McDonald raised more money last year, some $5.3 million, than any past State Chairman. But the NV GOP ticket leaders bolted from the Republican Presidential nominee, Donald Trump, causing some 40,000 voters to vote for none of the above or for third party fringe candidates. The NV GOP lost every major race and most of the down ticket races last year as a result. So the party is in a rebuilding mode with significant energy and a sense of unity waiting to be led out of the darkness. 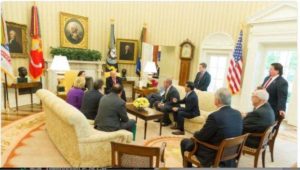 McDonald is promising his allegiance and support for President Trump will lead the party to huge fundraising gains that will translate into election wins next year. McDonald must still navigate a deeply divided party especially after Sen. Heller (A Never Trumper) who just voted against repealing Obamacare, will lead the state’s ticket if he survives an expected heated primary. McDonald must work with extremely liberal Republicans like Sen. Heller and with the most conservative members of the party like me. lol

In less than two months McDonald is up for re-election as NV GOP Chairman. The remaining party loyalists will have to decide if Michael McDonald is the right man, at the right time to lead the party back from its deepest valley in a generation. Will NV GOP central committee members blame Joe Heck or Mike McDonald for last year’s losses? And of course all that depends on who, if anyone, will emerge to run against McDonald.