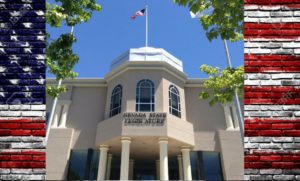 Nevada Democrats on the committee defended the new rules saying they would provide “more flexibility” to teachers by removing certain social studies standards.

Many Americans feel there’s been a corrosive effort on the part of Democrats to tear down our borders, our language and our history.

Several Republican law makers we spoke with said they will explore filing a bill draft request to reverse the regulatory rule change. One said “This is just a continuation of Democrats supporting kneeling in the NFL during the national anthem”

Republican Caucus Leader Assemblyman Jim Wheeler is currently working on a bill to require the Pledge of Allegiance and the U.S Constitution both be taught in Public schools.

Independent Candidate for Nevada Governor Ryan Bundy responded by saying “This is a prime example of why I fully support school choice in Nevada.”