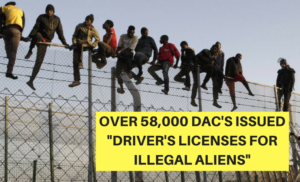 Rob Lauer Political Reporter
..
Recently, 360Daily.net served the DMV with a FIOA (freedom of information request) seeking the total number of Driver authorization cards issued by the DMV since the program’s creation in the 2013 legislative session. Senate Bill SB303 was authored by State Senator Michael Roberson, (now candidate for Lt. Governor) creating the driver’s authorization card or DAC for illegal aliens living in Nevada.
..
Roberson is claiming on the campaign trail that his bill is a huge success and he stands by his amnesty policy. Many people consider giving a driver’s licenses to illegal aliens amnesty because without it they would be subject to arrest if caught driving in Nevada without a license which they do not qualify for.
..
Roberson is running against former Assemblyman and business owner Brent Jones in the Republican primary for Lt.Governor who opposed in the legislature providing driver’s licenses to illegal aliens in Nevada.
..
DMV’s response to our Freedom of Information Request:
“Per your request, I asked for a report to be ran providing the total number of DACs issued.
The total number of DAC’s issued from January 3, 2014 to March 28, 2018: 57,848″
..

360daily.net published a story recently in which an FBI agent claimed some 55K illegal aliens are currently registered to vote in Nevada.