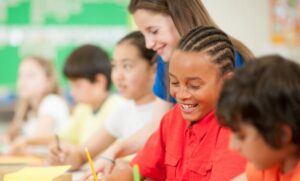 Clark County School District is considering changing a policy that could mean parents won’t be able to enroll their child at a school outside their “assigned attendance zone” if their racial make up doesn’t comply with the district’s equity policy.

The new policy stated goal is to centralizing the application process thought he district bureaucracy rather than let each school principal approved students transfers as is the case now. In 2015 ,the Nevada legislature passed a bill breaking up the central power of Clark County School District bureaucracy and putting the power into the hands of each school principal. Principals actually have control over 90% of the school budget.

This proposed policy change may violate that law and its funding rules. But more importantly the policy could force blacks and minorities stay in failing schools instead of transferring to the school of their choice. Unions oppose any school choice even within the district system.

The reference material provided to the CCSD Trustee states that the district will monitor the diversity of students requesting a change of school assignment. Students may not be able to attend the school of their choice if they have the wrong skin color.