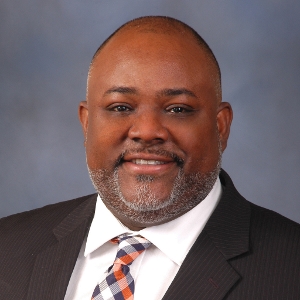 Yesterday, the first black newly elected Democrat Assembly Speaker, Jason Frierson, suspended the Standing Rules on how and when legislation is voted on. The rule wipes out any public input or opposition to Democratic legislation.

For 150 years, nearly as long as Nevada has been a state, the rule has been that, no piece of legislation could be voted on until it is introduced and read into the record three separate times over a 24hr period. The Democratic controlled Assembly voted yesterday to suspend that rule. Now a piece of legislation can be introduced & passed on the same day, without any opportunity for negotiations or Assemblymen to read it. The voters of Nevada will have no chance to voice their support or opposition for legislation such as removing the 3% cap on property taxes or gun control laws limiting the number of rounds in a magazine.

Assemblyman Jim Wheeler released the following statement regarding today’s Joint Standing Rules changes.
“I am disturbed by the fact that over 150 years of tradition were tossed aside today. By removing the 24-hour rule, there remains the possibility that bills can be jammed through in one day without any opportunity for negotiation. I am also disappointed that we had only forty minutes to review the rule changes. I believe it prudent that members have an opportunity to carefully consider all rule changes, especially when flying in the face of decades of tradition.”

Former Assemblyman John Moore said “This is a very sad way to start off the legislative session, by tossing out a rule that our forefathers put in place 150 years ago to PROTECT the PEOPLE from bad legislation as well as bad legislators.”

According to Republican Assembly sources, the Republican leadership under Minority Leader Paul Anderson is so weak that there is no interest in fighting the rule change. They just rolled over.

And the liberal media has been silent on the rule change, including John Ralston’s new gofundme non-profit blog. NEWSMAX TV LAS VEGAS is now your only source for all the news.

Call your Assemblyman and tell them how you feel about this rule change now: https://www.leg.state.nv.us/App/Legislator/A/Assembly/