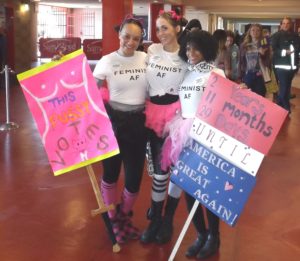 Less than 200 women braved the freezing cold weather at the Conservative Women’s conference at the Grant Sawyer Building yesterday. By comparison, some 10,000 women showed up with their pussy hats ready to rumble at the Women’s rally at Sam Boyd Stadium today.

Every left wingnut group was represented and every left wingnut was given a chance at the microphone today to address the huge sea of pink hat wearing angry women. They are motivated and should be a wake-up call for Republicans to get busy or Republicans will be the ones waking up in November to a Democrat Controlled Congress.

Even though the women had silly T-shirts like the one that said “Pussy Power” and stupid looking hats and costumes on, they were deadly serious about taking President Trump the Republicans out this November.

And there was a dark side at today’s Women’s March as controversial Muslim Activist and alleged terrorist sympathizer Linda Sarsour took to the stage to advocating DACA passage saying “We marched today for Dreamers because it is urgent that we stand with them. Democrats must continue to hold strong.”

The Women’s March event was not just for laughs and giggles it was an effective tool to register new voters. 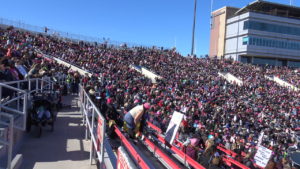 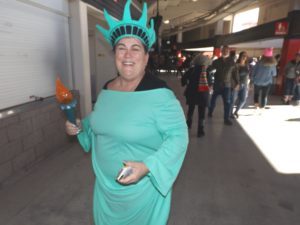 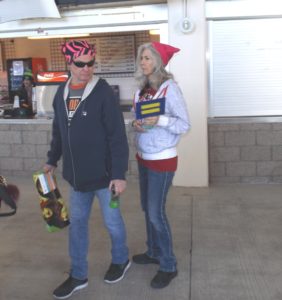 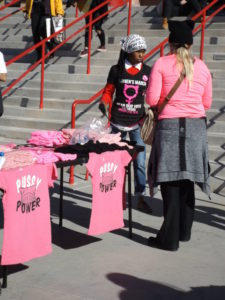