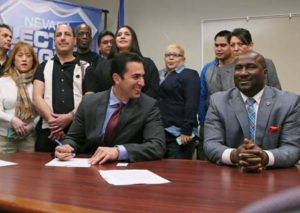 Today, Las Vegas City Councilman, Democrat, Ricki Barlow resigned after pleading guilty to one count of Fraud, a felony, for using campaign funds for personal expenses. Barlow had been under federal investigation for the last year or so according to reports. His council seat was up for grabs this year since he was termed out anyway. Ricki Barlow is the second Democrat forced to resign in recent months. Ruben Kihuen also announced he would resign and not run for re-election next year from Congressional district #4.