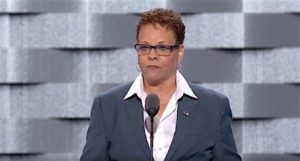 Nevada State Senator Pat Spearman, who’s running for Congressional District 4 in the Democratic primary, said in a recent interview “So far there are already several reasons for articles of impeachment, drawn up in Congress, the least of which is not the Emoluments Clause.”

Spearman when asked if she supports impeaching President Trump responded saying “Once we take the House, if there is clear and compelling evidence, and there already is.”

Spearman says she support’s Congresswoman Maxine Waters of California, (D) and looks forward to working with her on impeaching President Trump.

NV State Sen. Spearman, who served in the Leadership when CD4 Rep. Ruben Kihuen, then a State Senator, was accused by multiple women of sexual harassment on Spearman’s watch, agreed not to seek re-election,

Jeff Miller, Republican Candidate for CD4 and Trump supporter responded to Spearman saying “In Trump’s first year, the stock market is up by 30% passing 26,000, millions of people have received up to $2,500 bonuses, the employment rate is down to its lowest level in 2 decades, except in CD4 where we have 12% unemployment. Spearman is Maxine Waters 2.0. It’s time to focus on making CD4 great again.”

Jeff Miller will face off against former CD4 Congressman Cresent Hardy in the Republican Primary. 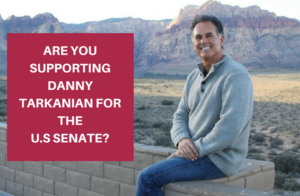