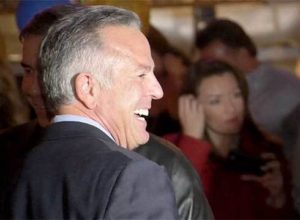 LAS VEGAS — The Las Vegas Police Protective Association (LVPPA) is asking union members of the Las Vegas Metropolitan Police Department to vote for changing the union bylaws so its Executive Board would have sole authority to give union endorsement to Sheriff Joe Lombardo, according to sources who spoke to the Baltimore Post-Examiner.

The LVPPA has not endorsed any candidate for sheriff because of a recent vote by the membership.

Steve Grammas, president of the LVPPA that represents the 2,808 rank and file members of the LVMPD, sent out a letter March 20 to the membership urging them to support incumbent Lombardo in the upcoming June primary election.

In part, the letter stated, “I believe that Sheriff Lombardo is the best candidate in the race and I would like to see us continue to have a working relationship between the Sheriff and the LVPPA.  Soon, a vote will be going out to the membership to see which candidate they want to support in the coming election.  I speak for the entire Executive Board when I say we hope the response comes back in support of Sheriff Lombardo.”

LVPPA did not respond to Baltimore Post-Examiner’s request for comment.

More than 80 percent of the LVPPA disagreed with Grammas.

On April 2 Grammas sent out the following letter:

We did not reach the necessary 51% of the membership casting a vote in this endorsement.  As such, and in accordance with the Bylaws, the LVPPA will not be endorsing any candidate in this election.”

The Baltimore Post-Examiner was told that union representatives at the LVMPD Area Commands are urging LVPPA members to sign ballots approving changing the union bylaws giving the LVPPA Executive Board the power to endorse Sheriff Lombardo before the upcoming June primary election, thus bypassing the recent union vote.

Police officers were instructing others not to sign the ballots because doing so would not give them a voice, according to sources.