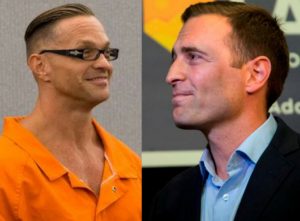 On Wednesday morning, just hours before condemned killer Scott Dozier was scheduled to be executed by lethal injection, Nevada District Court Judge Gonzales sided with 2 drug makers who filed a last minute motion to block the execution. The drug makers objected to their drugs being used claiming it would hurt investor and customer relations.

According to sources, Attorney General Laxalt is moving forward to appeal the lower court’s last minute ruling. Depending on the State Supreme Court’s timing, the execution could be back on track very quickly.

The issue is, there is no law that forbids the State from using the lawfully obtained drugs in the execution. The judge just did want she wanted. The Nevada Department of Corrections (DOC) purchased the drugs in question, Midazolam an anesthesia lawfully through the standard computer portal process and the drugs were delivered to the DOC. The plan to use Midazolam had been approved for months since the Nevada Supreme Court overruled the lower court’s refusal to use the drug cocktail.

According to the DOC’s plan, double killer Scott Dozier was scheduled to receive over 500 milligrams of the drug along with 2 other drugs. According to doctors, just 50 milligrams could kill an average size man.