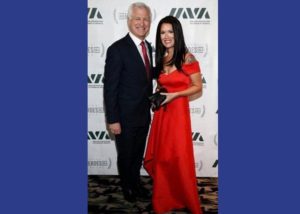 Seroka appeared, by all measures, to be in a strong position to defeat the recall, so yesterday’s surprise resignation shocked the local political world. According to very high inside sources, Seroka, a married man, is accused of sexually assaulting his secretary and is currently under investigation.

Now the city will have to hold a special election to fill the vacancy and Victoria Seaman appears to be the front runner at this point drawing the endorsement of Las Vegas City Councilwoman Michele Fiore and is represented by political consultant Tom Letizia who helped Oscar Goodman and his wife win the last 5 elections straight for Mayor.