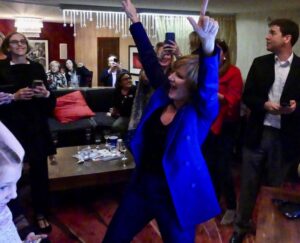 It’s good to be a Democrat. Just last year, 360 News broke the story about Nevada Congresswoman CD3 (D) Susie Lee possibly insider trading Caesar’s Stock. (See story below) This time Susie Lee bought stock in the water recycling company Evoqua Water Technologies. Evoqua contracts with federal and local governments to provide filtration systems and other technologies used in water recycling. According to congressional financial disclosures, in March 2020, Lee purchased between $1,001 and $15,000 worth of shares in Evoqua Water Technologies. Lees made two more stock purchases of Evoqua in both February 2021 and September 2021.

“H.R. 4099 establishes a competitive grant program within the Department of the Interior for large-scale water recycling projects that have a total estimated cost of at least $500 million. The legislation authorizes $750 million for the program through Fiscal Year 2027”

Lee refused to comment on her extremely profitable and well timed stock trades.

Compare this with, “Republican” and former New York Congressman Chris Collins was sentenced on Jan 17, 2020 to 26 months in prison for an illegal stock tip that he gave his son from the White House lawn about a biopharmaceutical company’s failed drug trial.

This wasn’t Lee’s first alleged profitable inside stock trading deal while in Congress.

Nevada Congresswoman CD3 (D) Susie Lee and her family have deep roots in the gaming industry. In fact, her husband runs two Casinos which got millions in tax payer backed loans after Susie Lee lobbied the SBA directly. Lee recently came under scrutiny for failing to file her stock disclosure forms. 360 News did some digging and found a few questionable stock trades. Any of Lee’s stock trades that involve Casinos would naturally draw attention.

Lee reported purchasing Caesars’ Stocks in mid May 2021 and in July 2021 just as the stocks dipped. A Couple of months later, Caesar’s publicly announced a $500 million deal to build a new casino in Virginia. Following the news, Caesar’s stock shot up. The key question is, did Lee have inside information about the pending deal? The SEC may want to know more too. 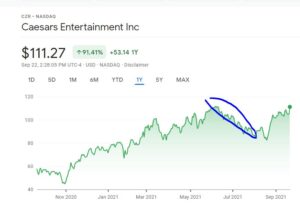 Lee then purchased more shares in July 2021 when they dipped again. 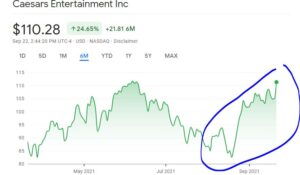