Hardy Says There is A Better Way to Grow Economy

Hardy Says There is A Better Way to Grow Economy 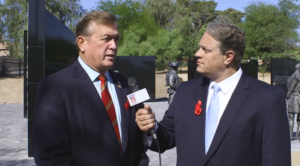 Congressman Cresent Hardy (R-NV) today released the following statement on news that our gross domestic product (GDP) grew by only 1.2 percent during the second quarter of 2016:

“Americans are tired of the anemic growth that has become the ‘new normal’ for our economy. Last quarter’s dismal 1.2 percent growth rate is proof of an economy that is leaving millions of Americans behind, especially in Nevada, which has the nation’s second highest unemployment rate.“I believe there is a better way to grow our economy and to create jobs.

“To start, we need to prevent unelected bureaucrats from issuing thousands of job-killing regulations that send jobs overseas and make starting a small business a nightmare. Just like state governments around the country or families around their kitchen tables, we need to finally start practicing fiscal responsibility and balance the federal budget. We must replace Obamacare with a patient-centered alternative that offers more choices, lower costs and greater flexibility for both consumers and job creators. And finally, we must simplify the tax code to eliminate special interest loopholes that exist at the expense of the middle class.”