HARD EVIDENCE? 3,051 NV VOTES CAST BY OUT OF STATE VOTERS

HARD EVIDENCE? 3,051 NV VOTES CAST BY OUT OF STATE VOTERS 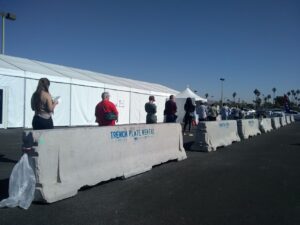 A group of computer geeks downloaded every name, every address of every vote cast this week in Nevada from Clark County Elections Department and Washoe County Elections Department. Then they ran all those names through a computer data system that cross referenced them with data from the Credit Reporting Company Experian and found some information that demands further investigation.

So far, that’s possibly 3,051 illegal votes cast in Nevada. According to the NV Secretary of State, Joe Biden leads Pres. Trump in Nevada by around 13,000 votes with thousands more to be counted.

We’ve included the names, there current address out of state and when they moved in the attached documents: