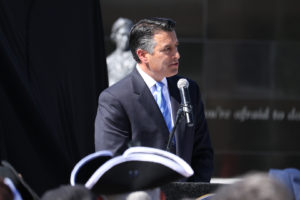 Sandoval spokeswoman Mari St. Martin issued this statement: “The Governor always acts in the best interest of Nevadans and our state. He will review Governor Inslee’s order and determine whether or not this would be a necessary action for our state.”