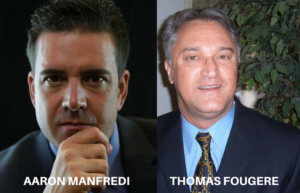 A little more than a month ago, on June 12, 2018, Aaron Manfredi defeated Thomas Fougere by 4 votes to win the Republican primary for Clark County Public Administrator. But after the Clark County Elections Department discovered some 43 voters had double voted, a new re-vote was launched. The new election was exclusively a mail-in ballot election with a deadline of July 17, 2018, at 7 pm. 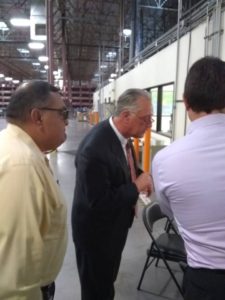 This time the election wasn’t even close. By 7 pm last night it was clear Thomas Fougere had won the public administrator re-vote 61%.42 to 38.58% and for Aaron Manfredi with 78% of percents reporting. Some 26,000 Republicans voted by mail out of some 74,000 ballots that were sent out. After another woman surfaced two weeks ago accusing Manfredi of more sexual misconduct, his support collapsed. In addition, this time around Fougere retained Nevada political newcomer, Bulen Strategies, who Thomas credits with a powerful ground game and GOTV for his win.

But Thomas Fougere now faces Democrat Robert Telles in the general election for which no Republican has won this seat in over 30 years.