DO YOU SUPPORT A VOTE RECOUNT IN HARRY REID’S NEVADA? SIGN THE PETITION

DO YOU SUPPORT A VOTE RECOUNT IN HARRY REID’S NEVADA? SIGN THE PETITION 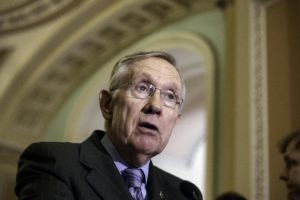 Nevada has voted for the winner of the Presidency for the last 108 years. Many people are questioning the results especially after a flood of complaints about voting machines and other serious issues. Our very own Aimee Jones complained that when she arrived at the polls to vote, she was informed someone had voted already in her name. They gave her a provisional ballot. Criminal lawyers are coming forward with defendants who are illegal aliens who were told they could vote and now they are facing legal issues. Buses were seen at voting stations.

In the end, Donald Trump only lost by less than 2.5% of the total vote in Nevada. But experts we spoke with say there was at least 5 percent worth of fraudulent votes in the system, especially in Clark County. So, many Trump supporters are now calling for a recount in Nevada and a full investigation by the new Trump Department of Justice of the eleciton system here. Of course Harry Reid’s get out the vote machine was behind the push to get his people to the polls.