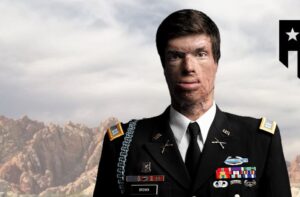 RINO lover Chuck Muth attacked U.S. Army Captain, Retired, Sam Brown this week in one of his “pay to play” blogs propping up Adam Laxalt. Muth went on to use the typical RINO spin saying about Sam Brown: “Can he win?”.

Sam Brown was blown up in Afghanistan, left with severe burns and a decade of suffering through dozens of surgeries. His suffering, his survival and his desire to serve Nevada should be honored by folks like Muth who could never pick up a rifle and go on patrol in a war torn hell hole. While Sam Brown suffered through operation after operation Muth was getting loaded with his buddy Tic Segerblum. 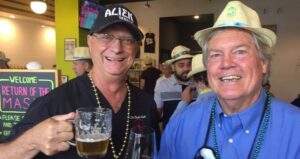 Instead of trying to help Sam Brown he tries to convince his eight reads why Brown can’t win. Muth claims Brown has to get past loser RINO Adam Laxalt, which is exactly why we have losers like Adam Laxalt as our Republican nominees. August 29, 2021, four days after 12 Marines were murdered by a suicide bomber in Afghanistan and Laxalt still refuses to say the words impeachment or resign when referring to Biden.

Perhaps if Muth helped Brown he could win. Muth did a great job for Dennis Hoff and Annie Black. But unfortunately gun  for hire Chuck Muth is in it for the money and not to make our state and our country a better place.

Let me be clear, I am not officially supporting anyone in the race for U.S. Senate at this time. But certainly Sam Brown has earned a right to run for the U.S. Senate and to be heard and respected on Biden’s disaster in Afghanistan.

As an injured veteran myself who’s just completed my 3rd spine surgery since 2008, us veterans need to stick together.