With less than a month to go until candidates need to file and lock in their positions for this year’s midterm elections, 360Daily.net has learned of a plan by Democrats to use an alleged racist smear by Nevada Lt. Governor Candidate Michael Roberson this fall, right before the general election against him and Adam Laxalt. The expected Democratic front-runner for Governor is Steve Sisolak and is expected to be one of the closest races in the state’s history and one President Trump’s people are counting on to help him win re-election in 2020. This kind of attack could easily shave 2 or 3 points off of Laxalt in the general election with Independent voters and could mean the difference between victory and defeat.

According to several Democratic sources and State Senator Patricia Farley, who’s leaving the Senate, State Senator Michael Roberson intentionally smeared a Black State Senator with false accusations of attacking a white woman, all in an effort to gain a political advantage.

After that exchange with Roberson, Farley reached out to Sen. Ford to apologize for Roberson’s false attacks.

The Republican Party needs to make sure its ducks are in a row now.  Never Trumper Senator Roberson is extremely unpopular and out of step with the Pro-Trump base voters who overwhelmingly rejected Roberson in last year’s CD3 primary with Danny Tarkanian. Sen. Roberson authored Senate Bill 303 giving drivers licenses to illegal aliens and stands by his efforts to push through the massive $1.3 billion Commerce tax which deeply divided the Republican Party.

Many Republicans are worried that Roberson will be a boat anchor around Laxalt’s neck. In a recent online poll, over 86% of Republican base voters do not support Mike Roberson for Lt. Governor and want Adam Laxalt to pick someone else. 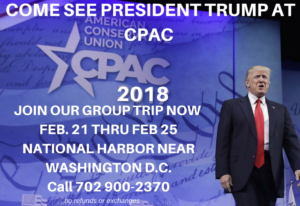