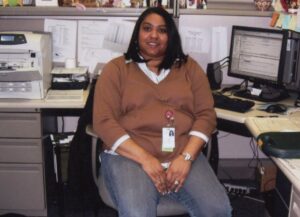 Latania Webb, Business License Section Manager Business Licensing Compliance & Enforcement Section, initiated the code enforcement action against the Ahern Hotel’s Evangelicals for Trump event, hosted on Aug 6, 2020. A registered Democrat and SEIU member, Webb submitted an Investigative Report to City of Las Vegas Robert Summerfield, Director Department of Planning on August 9, 2020 outlining the chronology of events that led to the shut down and fine. According to Transparent Nevada, Ms Webb was paid $152,847.11 in total pay and benefits in 2019.

Ms. Webb states on page 2 of her report:

“Thursday, August 6, 2020
Received citizen complaint at 1046 hours that Ahern Hotel has an upcoming event, “Evangelicals
for Trump Prayers & Patriotism,” being held at 6pm today that is in violation with the governor’s
directive on church services.”

But in a response to a Metro Police investigation, Webb states “There was no original complaint. I saw the marketing of the public event on News3.”

Did Webb lie to police or did Webb lie in her official City of Las Vegas Trump investigation report? 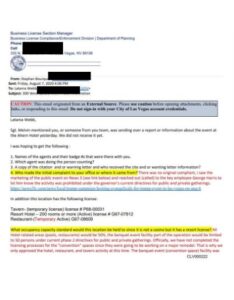 On July 7, 2020, Mayor Goodman spoke at the Ahern Hotel before a crowd of 240 people in the same room as the Trump event. The event was highlighted on Fox 5 News where Goodman showed off Ahern’s full-body disinfecting chamber. No fine or cease and desist order followed. 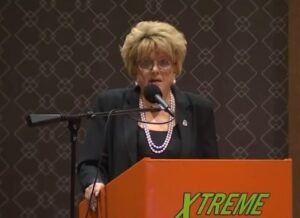 The Ahern Hotel held numerous events there without incident until they hosted the Trump event. Webb admitted the Trump event triggered her enforcement action on page 2. But then, Webb exaggerated another event in the report on Page 2 & 3 (which the city originally blacked out) in order to trigger Metro Police involvement. 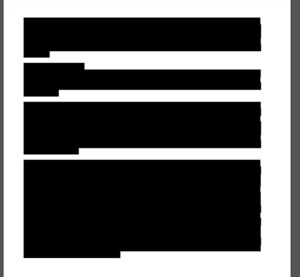 “Saturday, August 8, 2020
At approximately 1315 hours Officer Monica Perez attempted to serve a courtesy notice to the
business in regards to the upcoming Mrs. Nevada America Pageant. She spoke to the Operations
Manager Todd Fields and informed him of the reason for her visit and asked that he sign the
courtesy notice. Mr. Fields stated he needed to contact George Harris & Attorney Sami Bakdash
by phone. Then another man walked up with a gun holstered and when asked he identified himself
as the security director. Mr. Fields informed Officer Perez that Mr. Harris & Attorney Bakdash had
instructed him not to sign anything as they are suing the City and to have Officer Perez escorted off
the property. Another security officer arrived and both escorted her to her vehicle in the parking
garage. Officer Perez immediately contacted me and informed me of what had happened. I contacted Director Summerfield to advise him and then contacted Sgt. Jeremy Melvin with LVMPD
SIS Section and advised him of the situation and that we would need Metro support when the
officers go out on Sunday, August 9, 2020 to possible shutdown the event if it is in violation of the
governor’s directives. Sgt. Melvin informed me that Sgt. Marty is on call for Sunday and to contact
him, which I did and he said he would make sure that we have Metro support when he conduct our
inspection.”

Mind you, this was for a beauty contest.

At approximately 1700 hours, I Section Manager Webb, Officers Perez & Tucker met at LVMPD
SIS headquarters for a briefing with their personnel over the plan for the inspection. Sgt. Jorge
Marty, Captain Jack Owen, two detectives and two DTAC patrol officers were in attendance. I
explained our stance regarding the inspection and Captain Owen stated that if we shut the event
down that Metro would clear the attendees. He then received a call from Sheriff Lombardo who
informed him that he had just spoke with Don Ahern, owner who stated that if we find that they are
in violation and want them to end the event that they would shut the event down. He stated he was
on his way to the hotel.

Additionally, according to news sources, Ms. Webb leaked her enforcement action before the Trump event to the press.

Ahern Hotel CEO, George Harris, denies ever receiving a call prior to her enforcement action.