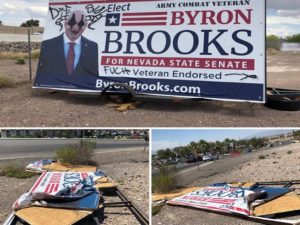 As early voting is about to start tomorrow, Army Veteran, Byron Brooks, who is running for State Senate in Michael Roberson’s seat woke up to find his A-Frame campaign signs destroyed.

“While our campaign does not have a “smoking gun” we find it odd that my opponent posted a picture of our vandalized sign on his Twitter account prior to our knowledge and our sharing of any photos of the vandalism that occurred. Our campaign is moving with great momentum and this has not deterred the communities support to send an Army Veteran outsider to Carson City.” 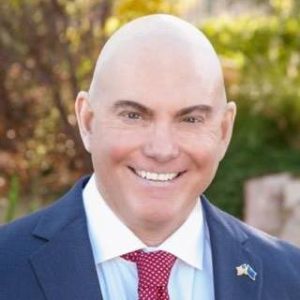