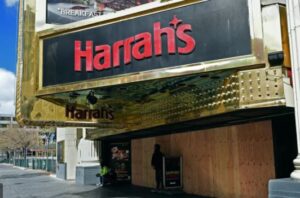 Liberal elites are already starting to claim the seasonal flu plus CV19 requires continued government action and control. Mask mandates, business shut downs and or 50% capacity controls, church shutdowns and the rest of this madness are now justified by the coming seasonal flu. Yep, the seasonal flu, which has hit the human species for the last 1 million years, somehow a bigger threat this year because of CV19. That’s the new talking point being pushed to justify Dem Governor’s continued control over the populations.

Indeed, the coronavirus pandemic alone has been an unprecedented event, and has functionally changed life for billions of people around the world. This pandemic in conjunction with the upcoming flu season will also be unprecedented, and will present many challenges in the months to come.

Influenza (commonly known as the “flu”) is a contagious viral respiratory illness. Every year, the Centers for Disease Control and Prevention (CDC) provides guidance on what to expect regarding and how to prepare for the upcoming flu season, including details on the available flu vaccinations. What will be different this year however, is how nations will fight against both the flu and the ongoing coronavirus pandemic, the latter of which does not yet have a viable solution. This unprecedented combination will truly challenge healthcare systems and society in the coming months, for multiple reasons.

Gov. Sisolak’s own CV19 task force just met last week and said hospitals are currently only at 15% occupancy and that includes all CV19 patients. Every year hospitals deal with the influx of season flu cases. And just to remind the folks who claim to care about science, the CV19 or SARS, which stands for “Severe acute respiratory syndrome”, is also a season virus.  CDC estimates that influenza has resulted in between 9 million – 45 million illnesses, between 140,000 – 810,000 hospitalizations and between 12,000 – 61,000 deaths annually since 2010 and that’s with a vaccine.

Remember, Gov. Sisolaks originally claimed back in March he was shutting down the entire Nevada economy to flatten the hospital curve. Well the Hospitals are dying now without any business. But the Governor now claims to have endless emergency powers shutting down bars and taverns, that don’t serve food, and failing to provide any CV19 recovery benchmarks to say when he will allow them to reopen.

The seasonal Flu is now the new excuse to keep Sisolak’s unconstitutional powers and control over our economy.