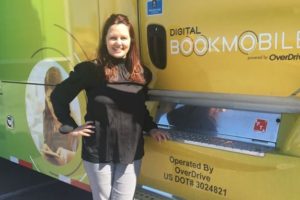 Today, at 10am the Paseo Verde Library in Henderson, a drag queen by the name Matt Durski aka Polly Porcelain will be reading stories to children as young as 3 years old sparking protests. With 7 local churches who will be participating in the protest tomorrow.  According to Smedley she and her team specifically sought out to transvestites to read books to children at the Henderson Library. “We’re just trying to that inclusive place for everyone. It doesn’t matter, what you look like, what your background is, how you identify, or how you express yourself,” Smedley says.

Marcie Smedley, executive director of all four Henderson Libraries, claimed in a phone interview that she is not pushing for any sexual orientation but want the libraries to be “accessible, a safe haven” for anyone regardless of their background. But last year, the Henderson Library opened its doors to Muslims to hold a Quran reading on Ramadan, but when a group of Christians asked for space to hold meetings they were denied by Smedley. Smedley claimed Christian bible reading would be exclusive and rejected the application. 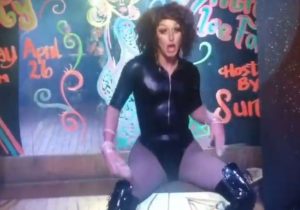 But Director Smedley proudly took credit for launching the drag queen story time program for the “LGBTQ Community”, called Rainbow Connection & Collection. “It’s easy to say a public library is for everyone but it’s more important to take initiative and show that,” Smedley says. Smedley admitted that her staff did not conduct background checks on the drag queens reading books to 3 year olds.  “All books are either written for or by or about the LGBTQ community.”

According to Smedley she did all this without the approval of the Henderson City Council or Mayor. She did say the commissioners who govern her approved of the controversial program.

By all outward appearances Smedley is a smart warm family woman, but according to her critics, she is a raging radical liberal pro gay, anti-Christian, pushing her extreme agenda on the most Conservative safe city in Nevada.