COMPLAINT FILED AGAINST ASSEMBLYWOMAN SHANNON BILBRAY-AXELROD FOR FAILING TO DISCLOSE HER TIES TO SAUDI ARABIA GOV. 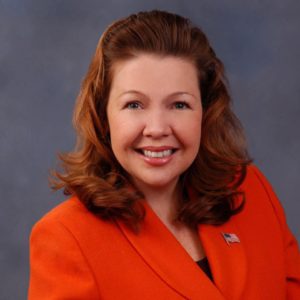 Today, in Carson City Nevada, a formal complaint was filed seeking an investigation of Nevada Assemblywoman Shannon Bilbray-Axelrod for failing to disclose her ties as a paid foreigner agent of the government of Saudi Arabia as a lobbyist.

Nevada law requires Nevada public officials to disclose all sources of income annually on their candidate disclosure form filed with the Secretary of State office. But according to public filings, Bilbray failed to disclose Saudi Arabia as a source of income nor did she disclose any trips they paid for she may have taken. Candidates sign form under penalty of perjury.

In a press release, former Nevada Assemblywoman Victoria Seaman has called on her successor, Shannon Bilbray-Axelrod to resign following the disclosure that she is a registered foreign agent on behalf of Saudi Arabia lobbying against the ability of victims of terror to collect financial compensation for losses suffered following an attack.

“It is outrageous that any representative is being paid by a foreign government to advocate against the interests of U.S. citizens while holding public office,” Seaman said. “How can any Nevadans trust Sheikh Shannon to advocate for their best interests when she’s taking cash from other countries to do their bidding?”