This last Sunday on NBC’s Meet The Press, Chuck Todd accidentally revealed the conspiracy that is unfolding to impeach President Elect Donald Trump over the alleged Russian hacking.  While Todd interviewed Senators John McCain and Lindsey Graham, he asked whether there should be an investigation of the campaigns to see if anyone had any contact with Russians. 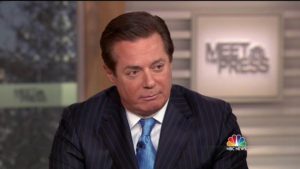 We already know that Trump’s previous campaign manager Paul Manafort did and was forced to resign from the campaign. So once they tie Trump’s campaign to the Russians they will accuse Trump of conspiring with the Russians to “interfere in the elections”. Then they will call for him to resign or face impeachment.

We are watching a coup in slow motion in our own country.