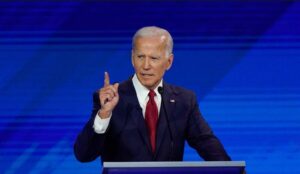 Biden’s campaign said from the beginning, that South Carolina was his firewall. And after Pres. Obama wade in this week and Biden got the endorsement of Rep. Jim Clyburn, the highest-ranking African American in Congress, it looks like Biden will sail to his first badly needed victory today.

Sanders till holds a commanding lead in California, Texas and most of the Super Tuesday states. Can Sanders lock up the nomination this Tuesday or will there be a brokered convention?

Biden has fallen out of favor with the Democrat Establishment after his numerous gaffs and his scandal ridden son Hunter’s Ukraine problem. Bloomberg seems to have bought the establishment’s support at this point.