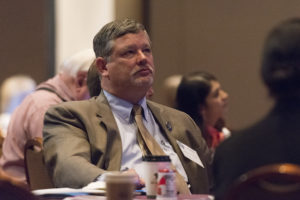 According to state law, Dennis Hof will remain on the ballot and if he wins the general election on November 6th, then county commissioners from the three counties that Assembly District 36 encompasses will choose his successor. According to insiders, Oscarson is already trying to cut deals with County Commissioners to support him retaking the Assembly seat he just lost. According to several local Nye County residents 360 spoke with, many Republicans are expressing disgust at Oscarson’s lack of decorum. Hof’s political opponents were already ripping his signs up out of the ground the day he died.

Oscarson was excommunicated by the Nye County Republican Party for voting for the largest tax increase in Nevada’s history, the $1.3 Billion Commerce Tax, after he broke his promise not to vote for any new tax increases.

Dennis Hof was found deceased in his bed Tuesday morning and his death is currently being investigated by the Clark County Coroner. The cause is still undetermined.

Many of Hof’s supporters are quietly starting to support Tina Trenner as his replacement who was one of Hof’s biggest political supporters and who just lost her own race for County Commission by 8 votes.