ARE STATES CONCEALING ILLEGAL ALIEN MURDER STATS? THE FACTS BY THE NUMBERS 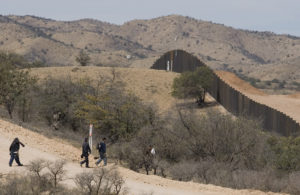 By Ron Martinelli, opinion contributor as originally published in The Hill.

There has been much rhetoric from the left and the open-borders, pro-illegal immigration lobby suggesting that illegal immigrants pose no threat to the safety and security of this nation and commit less crimes than their American Citizen and legal immigrant counterparts.

If one watches the network newscasts, the ideologues and open-borders surrogates consistently accuse Americans and law enforcement experts who suggest otherwise of being racist and anti-immigration xenophobes. If you pay attention to the rhetoric, you will find one blaring item missing — facts.

I am a former Spanish speaking career detective who investigated violent crimes within the Hispanic and other ethnic immigrant communities.

I am also a forensic criminologist who is a subject matter expert in violent crime who advocates for facts and evidence. Here are some verified crime facts and statistics with you so that you will know the truth about the precarious relationship between violent crime and illegal immigrants.

Most states and our federal government have kept information and statistics about illegal immigration, crimes committed by illegals and the costs borne by you the U.S. payer out of public view. It is in fact difficult, but not impossible to locate accurate crime statistics involving illegal immigrants. The statistics are buried both to suit a political agenda and to avoid public outcry. Once you read this article, you will quickly understand why.

The Pew Research Institute estimates that as of 2014, there are at least 11.2 million illegal immigrants residing in the U.S. This population comprises approximately 3.5 percent of our country’s population.

Of these, by far the largest ethnic population, 52 percent are Hispanics comprised of Mexicans, Central Americans and Cubans.

Six states: California, Texas, Illinois, Florida, New York and New Jersey account for 59 percent of all illegal immigrants residing in the U.S. The fact that 66 percent of all illegal immigrants have lived in our nation for over ten years underscores our long-standing inability to address the serious problem of our inability to control our nation’s borders.

The relationship between illegal immigrants and violent crime

Research conducted by the federal government oversight organization Judicial Watch in 2014 documents that 50 percent of all federal crimes were committed near our border with Mexico.

Of the 61,529 criminal cases filed by federal prosecutors; 40 percent or 24,746 were in court districts along the southern borders of California, Arizona and Texas.

The Southern California District with nearly 4,900 cases; New Mexico with nearly 4,000 cases and Arizona with over 3,500 criminal cases ranked 3rd, 4th and 5th.

The U.S. Department of Justice documents that in 2014, 19 percent or over 12,000 criminal cases filed by prosecutors were for violent crimes; and over 22 percent or 13,300 cases were for drug related felonies.

The U.S. Department of Justice and the U.S. Sentencing Commission reported that as of 2014, illegal immigrants were convicted and sentenced for over 13 percent of all crimes committed in the U.S.

Illegal immigrants clearly commit a level of violent and drug related crimes disproportionate to their population.

In California alone, over 2,400 illegal immigrants out of a total prison population of 130,000 are imprisoned in the state’s prison system for the crime of homicide.

As Americans, we should only care about three things: (1) are the immigrants in the U.S. illegally; (2) have they committed violent crimes predominantly against U.S. citizens; and (3) had these criminals not been in our country illegally, these crimes, the victimization of our citizens and the costs of their crimes borne by American taxpayers could have been completely avoided.