WHY WOULD THE KOCH BROTHERS SUPPORT DEMS NOW?

WHY WOULD THE KOCH BROTHERS SUPPORT DEMS NOW? 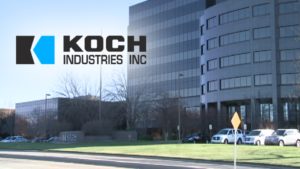 Over the past decade, the Koch brothers have provided hundreds of millions of dollars to establishment Republican campaigns in Congress. Now they are openly opposing President Trump’s efforts to rein in foreign tariffs which are hurting U.S. companies. Are their objections about their political philosophy or just money and power?

Many people in Libertarian/ Republican circles argue that tariffs are just taxes imposed on citizens which have little if any true effect on free trade. But the fact is, if tariffs didn’t protect industries like wine makers in France or car makers in Germany, then they wouldn’t impose them.

The fact is prices do matter, especially for commodities where brand has little value, like steel, soy beans and aluminum. While French wine makers and BMW’s have brand value they still have their pricing limits. So when President Trump suggested imposing a 25% tariff on German cars coming to the U.S. that got the EU’s attention.

The real issue for many U.S. manufactures is that foreign governments like China have been subsidizing products they ship into the U.S. . The EU has been subsidizing Air Bus aircraft sales and blocking Boeing and U.S. car makers in Europe with high tariffs. China steals U.S. company intellectual properties and blocks U.S. imports, again with high tariffs. So when foreign governments refuse to allow our products into their country how should the U.S. respond?

In the past, Presidents have been rolled by foreign governments and interests. But President Trump is fighting back by imposing tariffs that protect U.S. manufacturers like steel and aluminum. Trump attacked Canadian Prime Minister Justin Trudeau for their 200% tariffs on U.S. beef and commodities imports after Trudeau wined about President Trump imposing tariffs on Canadian imported aluminum coming into the U.S. Trump pointed out that the Canadian aluminum was really coming from China through Canada into the U.S.

But those foreign governments are not going to just quietly surrender to President Trump when they can buy Washington D.C. lobbyists and pressure international corporations like the Koch Industries. Koch companies represent 11 private businesses across 12 industries and 60 countries.

Koch industries had revenues of over $116 Billion in 2017 and more than 120,000 employees in a host of industries including paper products, oil and gas and chemical technology equipment, ranching, finance, commodities trading, and investing. And many of those businesses manufacture overseas and import products into the U.S. So any tariffs imposed by President Trump hurts their businesses.

And its those 60 countries which can put huge pressure on Koch to cut off the money to Republicans who support President Trump and his free trade war. For years the Democrats have attacked the Koch Brothers for funding Establishment Republicans. So let’s watch what they say now as the Koch Brothers start funding Democrats against Trump Republican candidates and lawmakers.