THE FAILED CCSD BOARD= PROGRESSIVE ALL FEMALE, INCLUSIVE & DIVERSITY

THE FAILED CCSD BOARD= PROGRESSIVE ALL FEMALE, INCLUSIVE & DIVERSITY 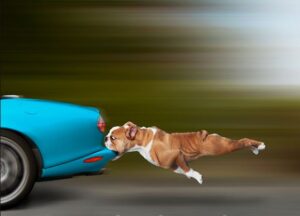 The Clark County School District (CCSD) Board of Trustees is a progressive dream come true. It’s an all woman, diverse and inclusive board of strong women who can’t get along and cannot govern. Comunista Irene Cepeda was just out of college when she ran as a community organizer agitating for change. Lola Brooks is a Bernie Sanders devout Socialist. Linda Cavazos is a Democrat activist with anti Trump bumper stickers all over her car. Katie Williams is a Trump Republican. Danielle Ford is a moderate leaning Dem who ran to have a voice in the community. The others ran as Hispanic activist shills for the Union and Dem Party.

Yet the CCSD board is a complete and abject failure. Why, because folks like Comunista Irene Cepeda never learned how to govern. They only learned from Comunista College professors to agitate for their cause. Men learn to work together in sports, in the military and in business. PE and recess prepared me more for life than any algebra class. These progressives just learned how to “fight the man”. And that’s what they are continuing to do.

But what’s really funny is, these progressive women on board gave Dr. Jara, the man, the check book and all the power. They literally voted to give him their power to make all the daily decisions at CCSD.

Ever man I know is secretly laughing and saying I told you so. Woman cannot work together. Too many women believe the stupid female magazines and bought into the notion that if woman ran the world it would be free of violence and hate. Thank God the women on the CCSD are not running the UN.

Dr. Jara seems more like a Sultan with 7 wives. But some of the modern progressive wives are trying to divorce him and take half the Kingdom.

See, women believe they need to be tough to lead. They need to prove they are stronger than the others in the group to lead. President Linda Cavozos, a family therapist, acts more like a third world dictator shouting at folks to shut up and sit down. Throwing folks out that say things she doesn’t like and creating speech rules for speakers. She never learned that folks may respect the position but not the person in it.

In the military I learned the opposite. Leadership is about taking care of your people. Its about being proficient in your skills and leading by example. All these leadership skills are completely absent in the minds of most of the CCSD board members. They openly reject the concepts of discipline and merit. The community organizers never learned them in liberal colleges.

Many of the CCSD members remind me of story of the dog chasing a car and finally catching it. Now she doesn’t know what to do with it.