THE 13 U.S. MARINES WERE KILLED BY OBAMA/BIDEN GENERALS

THE 13 U.S. MARINES WERE KILLED BY OBAMA/BIDEN GENERALS 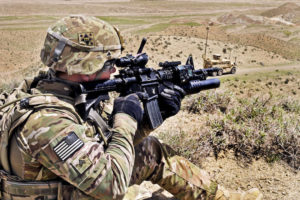 In 2014, The Obama Defense Department convicted U.S. Army Lt. Clint Lorance of murder for ambushing two Afghani’s he had reason to believe were scouts for the Taliban. In 2020, President Trump Pardoned Lt. Lorance. Lorance didn’t kill women and children, he killed the enemy in the middle of a war in the middle of a hell hole. And for that he was prosecuted by Pres. Obama.

But Lt. Lorance wasn’t the only American prosecuted. Hundreds of Americans have been prosecuted by the military for killing bad guys simply because they didn’t shoot first. Politicians and generals seeking endless wars would not let our troops fight and kill the enemy. How is it that, after 20 years in Afghanistan the Taliban still has 20K plus fighters. With our satellites, drones and CIA focused on Afghanistan how are any still alive? Its simple, they didn’t want to win the war. For them war was just business.

Our Military leaders cared more about women, gays and transgenders in the military than a military capable of winning wars. I was in the Army from 2005 through 2009. The tactics and attitude were not focused on winning the war but on just surviving and continuing the war.

We were trained to run away from an ambush on our convoys. Even though we had armored vehicles, attack helicopters, thousands of well trained, well armed soldiers, we were supposed to run away instead of mounting a counter attack.

I remember one time in a shoot/ don’t shoot training exercise, I was at the front gate, after a (simulated) bomb went off, an Afghan wearing a man dress started running towards my position yelling with his hands up. I shot him. The training officer questioned why I shot him. Simple I said, he refused to follow my commands to halt, we were under fire and I was not going to let him get within range to set off a suicide vest. During war we must do everything we can to protect our lives even if sometimes it costs others their lives.

If that had happened in real life, I might have been prosecuted. This was the training our Marines got at the front gate who died last week. Did they hesitate to fire for fear of prosecution? Many Americans died in the war hesitating because of the rules of engagement put in place by our “LEADERS”. 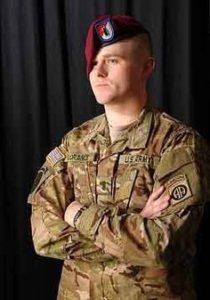 In July 2012, while serving as a Rifle Platoon leader in a remote sector of Kandahar Province Afghanistan, First Lieutenant Clint Lorance’s platoon embarked on what was seemingly a normal combat patrol. Clint’s patrol, consisting of 16 US Infantrymen, 5 Afghan National Army Soldiers, and 1 US Interpreter, left their Strong Point early in the morning on July 02, 2012 to a neighboring village. The platoon knew this village all too well, as only days before, one of their brothers, a US Soldier, had been shot in the neck in this very village.
Having constant contact with overhead US Army helicopters, it would soon become apparent to Clint that the platoon was headed into enemy held territory. Army pilots warned Clint over the radio of enemy presence to the North, East, and West of the Platoon’s position on the ground. Clint confirmed with the pilots a good description of the enemy, and pilots continued to track and provide overhead surveillance for Clint’s Infantry platoon who was traveling on foot in the mine-riddled Afghan terrain. The Soldiers were operating in a terrain that the Army had deemed too dangerous to drive vehicles due to the expensive damage to vehicles as a result of mine explosions. In an effort to preserve their vehicles, the Infantrymen walked everywhere on foot, behind hand-held mine-detectors and explosive-detective dogs.

A dirt road was situated between the small base and the village, which had been restricted to military and police use only. This road had been lined with concertina wire, so as to reduce the Taliban’s freedom of maneuver. This restriction had been in place for several months prior to Lorance’s arrival. It was a common Taliban tactic to run from US Forces on their motorcycles to the river to the South of the base, out of Clint’s platoon’s area of operations (sort of like a jurisdiction, keeping military units properly aligned on the battlefield).

As the platoon made their way across the road and through the concertina wire, a two wheeled motorcycle bearing three military-aged males came down the road at a higher-than-normal rate of speed. As the motorcycle approached, the men were pointing at the Soldiers’ positions. Trial testimony proved that back at Headquarters and simultaneously, radio signals were being intercepted by US intelligence Soldiers which clearly indicated that someone was pointing out via radio the positions of the US Troops on the ground. These radio intercepts were being translated into English and relayed via secure military radio to Clint on the ground. These Taliban were clearly setting up for an ambush.

As the motorcycle approached the patrol, one of Clint’s Soldiers, a former NC traffic policeman, yelled back to him and said the motorcycle was coming at a faster-than-normal rate of speed and ASKED FOR PERMISSION TO FIRE. The Taliban showed no indication of slowing down and ignored the Afghan Soldiers’ verbal and visual warnings to stop. Clint had 3-5 seconds to react to this threat before the bike reached his men, who were tactically vulnerable because the patrol was in the middle of crossing the road, Clint granted his Soldier permission to fire. The Soldier fired and missed.

The motorcycle came to a stop under a tree a few hundred meters from Clint’s position. The Taliban dismounted and began approaching the patrol. The Afghan Soldiers who were in front of Clint’s men instinctively raised their weapons and prepared to fire, shouting at the men to stop. The men ignored the Afghan Army’s commands. This is all happening in seconds. Clint gave permission to fire, killing two of the men, one ran away.

Minutes later, the Soldiers detained that man who had run away, he later tested positive for homemade explosives residue on his hands. During this patrol, a separate element of Clint’s platoon on the other end of the village engaged and killed two Taliban who was visually observing and communicating that they saw the Soldiers’ position on the rooftop. A second man was captured while attempting to flee the village by another element of Clint’s platoon. This man also tested positive for homemade explosives residue.

It is important to consider that, though the men Clint ordered killed did not have any weapons on them, their motorcycle was taken away by another Afghan a few minutes after the engagement. See News reports by motorcycles used by terrorists.

Intelligence reports for the area identified any personal owning or operating a motorcycle as Taliban, as there was no local population living there. The local population had long since moved out of the area because it had been taken over by the Taliban. Essentially, if they were in this area, they were up to no good. The only other non-Taliban actors in this area were farmers who commuted from their homes south of the river to farm the land that had been left abandoned.

Upon return to base, Clint ordered both of the captured men be tested for explosives residue on their hands. Both men tested positive, confirming Clint’s suspicions that the men had handled explosives recently. Clint also ordered the men entered biometrically into the platoon’s computer to check for past criminal history. Then men both gave a “John Doe” name when asked, negating the computer check. IN NOVEMBER 2014, CLINT’S DEFENSE TEAM UNCOVERED INFORMATION THAT PROVES THESE MEN WERE BOTH BIOMETRICALLY CONNECTED TO IED ATTACKS ON U.S. SOLDIERS. THE ARMY HAD THIS INFORMATION AND DID NOT THINK IT WAS IMPORTANT ENOUGH TO DIVULGE TO CLINT’S LAWYERS.

Clint then ordered that both men be physically separated, put into a shaded area, and be given food and water. Both men refused food but drank water. When the Afghan Police arrived and asked Clint for permission to interrogate the prisoners, Clint denied the Police access to the prisoners and declared them under US custody, as such, they would be treated in accordance with US Army laws for the treatment of prisoners. These laws mandate that the US personnel must protect anyone in their custody from interrogation or unjust treatment. Clint instructed his men to guard the prisoners and not talk to them. 2-3 hours later, the prisoners were transported to the detainee processing facility at the Brigade Headquarters.

Even though both men tested positive for explosive residue and were acting suspiciously and acted exactly as all other Taliban do in the area, Clint’s higher HQ assumed they were innocent due to political reasons. The Army assumed Clint guilty of random acts of murder, fired him from being a platoon leader, took his weapon away–in a combat zone– and moved him to headquarters to assume administrative duties while awaiting the investigation.

The members of Clint’s platoon have since made efforts to protect themselves by testifying against him in exchange for immunity. Clint is the only person in this incident to face any criminal charges.

Clint stood in court and said, ” I TAKE FULL RESPONSIBILITY FOR THE ACTIONS OF MY MEN”

Each of the above circumstances was validated by witness testimony, while under oath, during the court martial.

9 men were granted immunity by then -MG John Nicholson in exchange for their testimony against him.