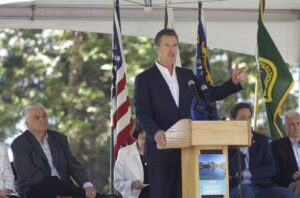 As California Governor Newsom shuts down all indoor businesses across his state, Sisolak is expected to follow suit. Sisolak has continuously followed Gov. Newsom’s lead since March. Sisolak signed Nevada onto the Western States Pact which many observers have called unconstitutional.

But never the less, Sisolak seems to mirrors Newsom’s orders. Will Nevada see its Casinos close again as the election nears?

With less than 1% of the total Nevada population having been determined to be infected at one time since March 2020 and less than .0002% of the total NV population dying from CV19, many folks are accusing the Democrat Governors of playing election year politics with the economy.

As reported by CNBC