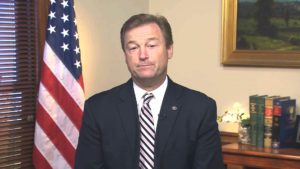 Republican Nevada Senator Heller put out the following statement opposing President Trump’s refugee pause from seven nations identified by the Obama administration as significant sources of terrorism most of whom have an ISIS presence:

“I share the President’s desire to protect our nation from harm. I agree that better vetting and border protection measures are necessary. That’s why I support the thorough vetting of individuals entering our country. However, I am deeply troubled by the appearance of religious ban. The use of an overly broad executive order is not the way to strengthen national security. I encourage the Administration to partner with Congress to find a solution.”

What would Sen. Heller do differently?

Should the Trump administration vet green card holders from terror listed nations too?

How does the US government effectively vet a refugee from Syria whose government infrastructure has collapsed and there are no records at all for the people wanting to come into the US.

Do the truck attacks by refugees in Europe last year justify a pause in refugee immigration policy?

Why are we bringing refugees in the first place? Why not set up safe zones with our partners in the region instead, as General Petraeus suggested?

STILL WAITING FOR AN ANSWER TO OUR QUESTIONS