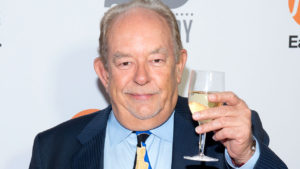 Robin Leach, 76, the host of the “Lifestyles of the Rich and Famous,” died Thursday night, according to Las Vegas Review-Journal columnist John Katsilometes.

Mr. Leach had been hospitalized since November after suffering a stroke in Cabo San Lucas. Leach had recently been hired by the Las Vegas Review Journal prior to his stroke.

Leach was a huge star in the 1980’s whose TV show glamorized the wealth of Hollywood celebrities and rock stars, showing off their private jets, yachts, and massive estates.