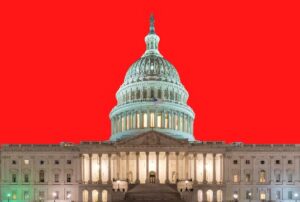 $10 Trillion in CV19 relief spending and counting. 500K Americans dead. Millions out of work. 100K plus businesses destroyed. The release of CV19 on the world by China must bear a price. The CCP needs to pay the U.S. for their negligence and active efforts to conceal the sources and severity of the crisis in November 2019.

And yet, we don’t hear Congressional Republicans demanding China compensate the U.S. We already know the CCP owns the Democrat party in the U.S. So we expect Republicans to be more forceful and pro-American. Have the Congressional Repub lobbyists have been paid off by the Chinese Communist Party? After all, the Senate Republican Minority Leader, Mitch McConnell’s Chinese wife owns a huge shipping company with China as their biggest costumer.

When one Googles the phrase “REPUBLICANS HOLD CHINA ACCOUNTABLE FOR CV19″ nothing comes up after Oct 2020.

If one thinks electing Republicans to Congress is really going to change anything then you’ve been under a rock for the past 4 years. 2016 thru 2018, Republicans controlled the House, The Senate and the White House. Besides corporate tax cuts, the Republican majority failed to pass pro-gun laws like national CCW reciprocity, national voter ID and other election reforms. Imagine where we would be today if they had passed such laws. No Democrat Majority. No President Biden.

Republican candidates campaigns’ say little to nothing about what they will support doing if elected? All one hears is how much they’re against the Dems’s agenda. Newton Gingrich’s “Contract with America” was key to the Republicans taking control of the House. He listed what they would do if elected. President Trump ran on a Pro-America agenda listing numerous things he would do if elected.

While Republicans refuse to call for CV19 reparations from China, Dems are calling for reparations for slavery. What about slavery in China? Silence. The Deep State has won and the American People have lost. No one is coming to help.