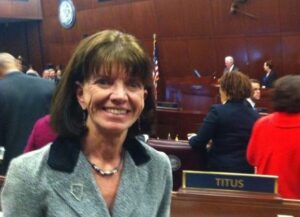 Even though the anti-malaria FDA drugs were not approved for use against the corona virus, there’s so much significant evidence coming out from around the world that Vice President Pence has announced the FDA is preparing to approve the drug for “Off Label” uses specifically against the Corona Virus.

Nevada State Assemblyman Minority Leader and Family Doctor Titus said “The reality is, the longer we delay people getting access to those medications the more people that are going to be sick.”

Germany has had the lowest mortality rate of any industrial nation and they a credit early wide spread testing and aggressive early treatment.