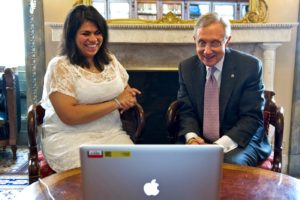 Today, Nevada Watch, inspired by Judicial Watch, filed a formal complaint with the Nevada Secretary of State Barbara Cegavske’s office inspired by the FBI indictments of Russians meddling in the 2016 election.

According to Nevada Watch, Astrid Silva is allegedly a foreign national who actively used social media and bragged about her efforts to register voters in Nevada using taco trucks in Hispanic neighborhoods during the 2016 election. In addition, Silva was a keynote speaker at the Democratic National Convention in 2016 supporting Hillary Clinton the Democrats.

“When I was 4 years old, my mother and I climbed into a raft and we crossed the river to join my father in America, in search of a better life. All I had was a little doll,” DREAMER Silva said in her speech at the 2016 Democratic National Convention in Philadelphia.

She co-founded the Dream Big Vegas organization in her community for immigration reform.

Here is Federal law as described on the Federal Elections Commission’s website:

The Federal Election Campaign Act and Commission regulations include a broad prohibition on foreign national activity in connection with elections in the United States. 52 U.S.C. § 30121 and generally, 11 CFR 110.20. In general, foreign nationals are prohibited from the following activities:

Persons who knowingly and willfully engage in these activities may be subject to an FEC enforcement action, criminal prosecution, or both.

The exception under the rules is people with green cards can volunteer, Dreamers or DCA foreign nationals only have an executive order issued by President Obama shielding them from deportation.

The Complaint to the Nevada Secretary of State reads:

“Mexican Foreign National, Astrid Silva, meddled in the 2016 election, by providing labor and resources to the Democratic Party and by personally registering Democrats to vote. It is unlawful for any foreign national to contribute in any way in an election. Furthermore, Silva’s speeches at Democratic Party convention and other events violate state and federal laws by providing material support for the Democratic Party.
The FBI’s special counsel’s indictment of Russian nationals sets a precedent now that is clear, that this country will not tolerate foreign nationals meddling in our elections, period.

Silva has admitted she entered the U.S. illegally and still to this day is not a U.S. citizen. As such she is in violation of federal law by participating in the U.S. Election process.

In addition, Ms. Silva used Social media to sway American voters to vote for Hillary Clinton engaging in electronic warfare against U.S. citizens as defined by the FBI. Silva’s twitter account has over 48K advocacy tweets.

Silva campaigned with and for Hillary Clinton as seen in the attached picture, in violation of state and federal laws.

Silva continues to organize and participate in political rallies for the Democratic Party in violation of Nevada and federal law.” 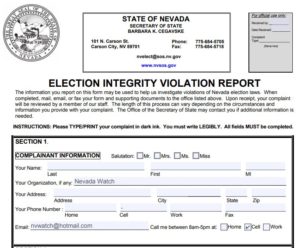 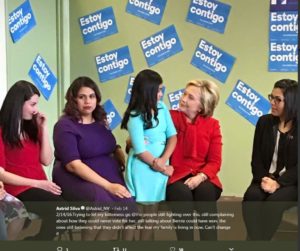 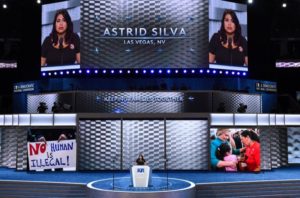 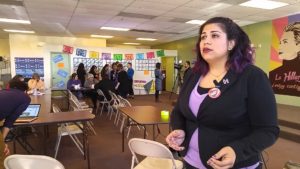 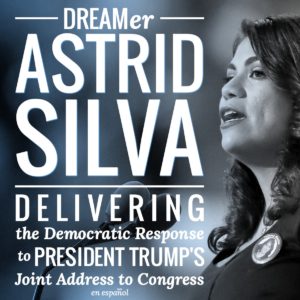